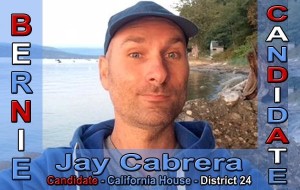 My name is Blas Jacob Cabrera.  I go by Jay.

I have committed myself to run for public office for the rest of my life and am declaring my intention to run in the 2016 June 7th Primary in California for the 24th Assembly District as a #BernieCandidate.

You can confirm that I am a verified Bernie Candidate at the following
sites: 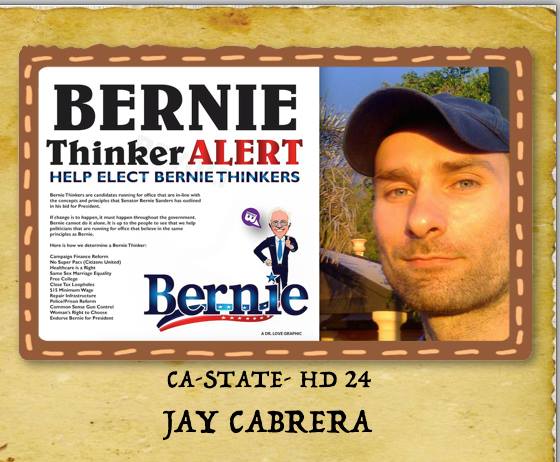 I am working extremely hard to support Bernie’s Campaign, and we are building a coalition of local candidates and I’m supporting #Bernie and #Progressive Candidates across California and the Nation. Together we will bring the government Back to the People! 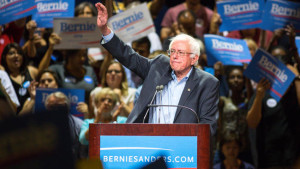 The System is Rigged with the majority of economic gains going to the 0.01%. Our Elections are Rigged with the wealthy controlling candidates.  It is time to show that money can no longer buy our government.

Together we can prove that it is possible to win a low money political campaign that focuses on the People! The alternative is to vote for million dollar candidates who are selling themselves to the highest bidder between the 1%. You may see them more on TV or in your mail box, but do they really represent you? If everyone stopped voting for million dollar candidates and instead voted for normal people to represent them, we would do away with Citizens United and the BIG money control of our government in one election.

Join me to support the political Revolution that is taking place where we are rewriting our future for a government and economy that works for everyday people instead of the 0.1%. We will be working with leaders like Bernie Sanders, Elizabeth Warren, and other Bernie Candidates who are calling for Wall Street and Big Corporations to Pay Their Fair Share!

A Vote for Jay is a Vote for People over Banks, Children over Profits, and the Environment over Greed. If elected I will turn our 200 year old democracy into a 21st Century interactive technology epicenter where everyone can vote on issues in real time for direct influence on elected representatives. Let’s make the Future Now!

My goal in running is: